The Colony Theatre is an architectural gem right in the heart of the Art Deco district of Miami Beach. It’s a gorgeous converted cinema within walking distance of the white sandy beaches and azure waters that have attracted pleasure seeking visitors since the 1920’s. ‘Miami New Drama’ is rightly proud of their latest production, ‘A Wonderful World’ which Theatre News were lucky enough to catch in preview, just before the theatre was closed down due to the Coronavirus. This ambitious, large-scale new musical about Jazz legend Louis Armstrong will surely return. It would be a travesty if it didn’t. 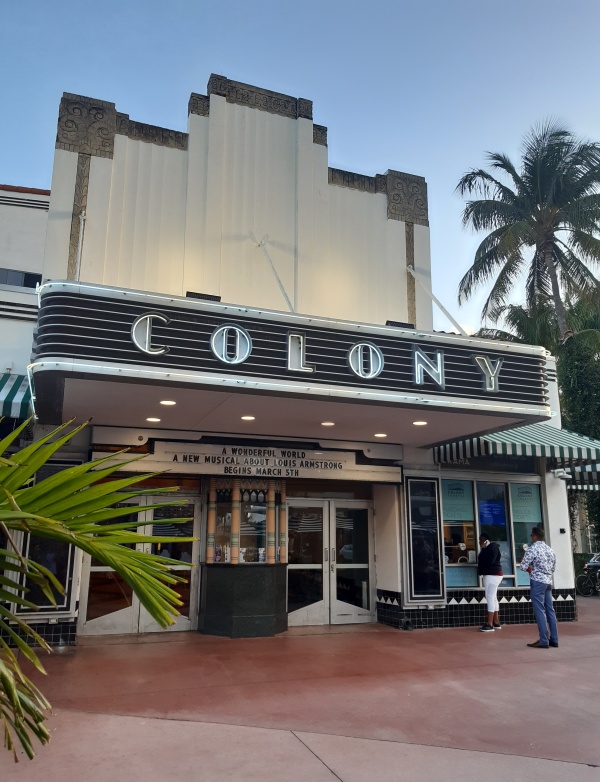 The original book is by Aurin Squire, Opalocka-raised playwright and TV writer (This is Us, The Good Fight), and co-author of hit drama, ‘Confessions of a Cocaine Cowboy.’ It tells the story of Louis Armstrong’s extraordinary life from his teens in New Orleans (apparently he was born in a brothel) right until his death in New York. What is particularly effective is that it’s all seen through the prism of the four women who loved him. If Armstrong’s personal life as he journeys to international stardom isn’t fascinating and tempestuous enough, we also witness the development of Jazz across America and the complex history of race relations leading up the civil rights era.

Drama Desk winner and Tony nominee director, Christopher Renshaw holds the complex strands together with an exceptionally talented, 18 strong cast and a dazzling set designed by Adam Koch. The musical arrangements by Annastasia Victory and Michael O. Mitchell are endlessly subtle and layered with songs including favourites such as ‘Basin Street Blues’, ‘Mack the Knife’, ‘When you’re Smiling’, ‘Zip-A-Dee-Doo-Dah’ and ‘What a Wonderful World.’

Juson Williams is an irresistible Armstrong, he’s playful, funny and deeply flawed, on a never-ending quest to find a ‘home’. The scope of the show is vast but some of the most affecting scenes are the most domestic, revealing both the powerful influence of the women he married (played by Dionne Figgins, Lana Gordon, Nicole Henry and Darlene Hope) and yet how easily he walked away from them to become ‘the greatest trumpeter in the world.’

Theatre News were delighted to meet musical director Michael O. Mitchell inside the theatre before the show, accompanied by the sound of tap dancing behind the blue curtain and tempting morsels of the band rehearsal. Mitchell is warm and relaxed, exuding love and respect for the whole creative team. Speaking about The Colony Theatre Mitchell said; It kinda looks speakeasy; 1920’s style and your dealing with Louis Armstrong at the same time, in this building it feels authentic, it really does.’

When it came to choosing songs and arranging the vast score for the show with no less than forty musical numbers, he described how he and his wife, Annastasia Victory absorbed themselves in the period; ‘We inundated ourselves with Louis, Ella, early Duke – trying to get into that mindset, to get that feel – because his career spanned 60 years, and that’s a lot of music and change…’

As a musician who loves what he does, Mitchell already felt connected to Louis Armstrong and found that telling his story had brought him even closer; ‘The good the bad the ugly it’s still part of his legacy. When you do know the story you can hear the pain in the some of the songs, or the sheer joy – it all comes out in the music and I do feel connected.’ 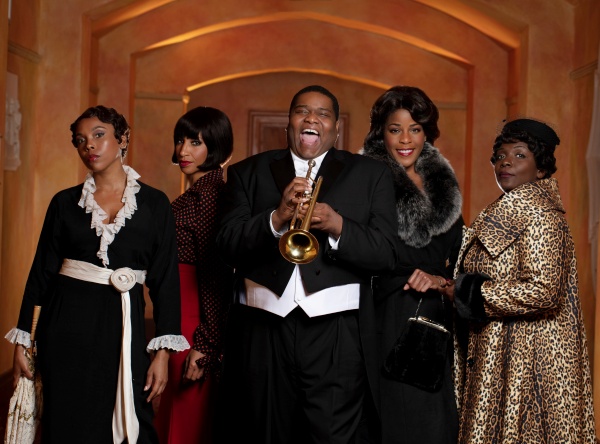 There are great riches to this nuanced show and a reminder, if any is needed, that creativity has always survived social and emotional upheavals. We very much hope that it won’t be too long before the doors of The Colony Theatre are opened again and the sounds of ‘It’s a Wonderful World’ which brought the curtain down and the audience to their feet, can be enjoyed again. 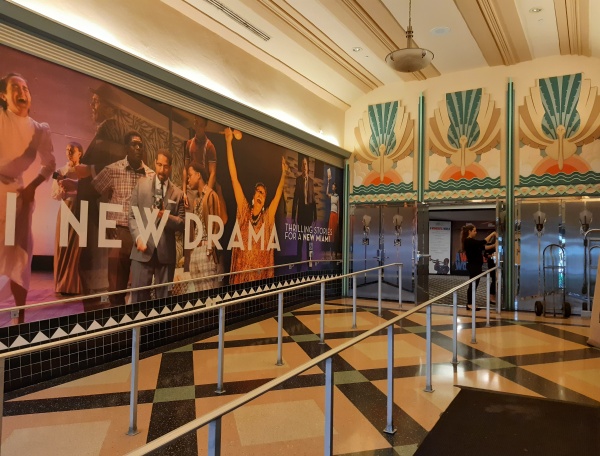 THE COLONY THEATRE is located in the heart of South Beach on Lincoln Road. It first opened on January 25, 1935 as a Paramount Pictures movie house. Recently, the building underwent a three-year $6.5 million renovation to restore its original Art Deco grandeur and update its stage and technical equipment. 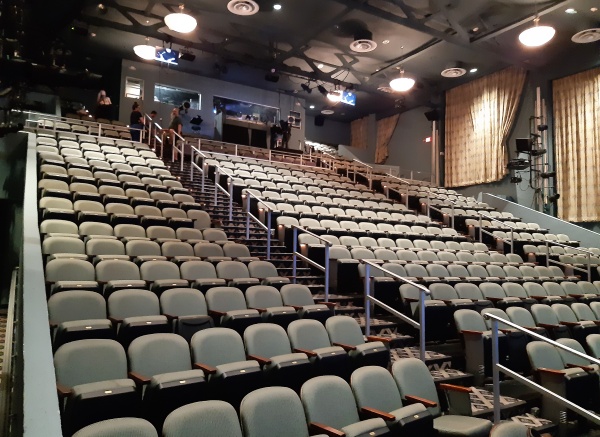 The 417-seat state of the art venue is proudly managed by resident theatre company Miami New Drama. Its impressive art deco design makes it one of the crown jewels of Miami Beach. The theatre hosts an exciting array of events, including music, dance, comedy, and theatre performances. The Colony Theatre is also home to Miami New Drama's own exciting theatrical season.

Check out The Colony Theatre website for all the latest info. 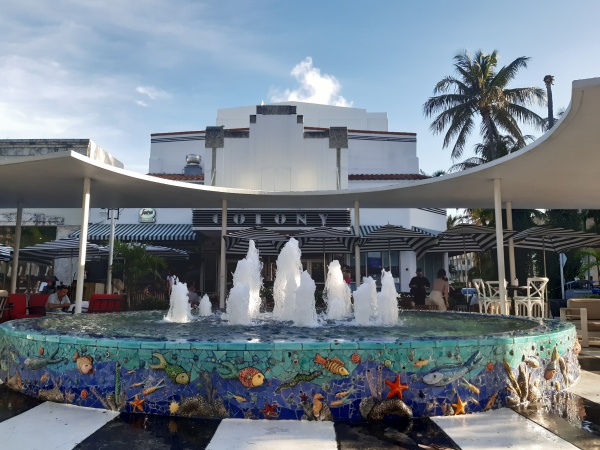